Home Travelogue The hottest and lowest place on Earth
by 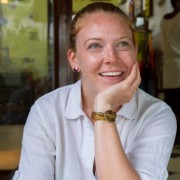 Ethiopia is an under-the-radar destination chock full of culture and insane geographical features that you have to visit before everyone else does. While everyone is rushing to Cuba from the US, I say get yourself to Addis and explore a country steeped in history and where the oldest human remains were discovered.

Last year, I had the pleasure of traveling to Ethiopia with a rag-tag group of friends, who are some of the most well-traveled and intelligent people I know. I was fortunate to be in this group and go back to a country that I merely had a stopover in the capital city 10 years prior. At first glance, it was an entirely different city than I recalled when we arrived. We were just starting our 12-day adventure around the country, mostly in the northern region, to places like Lalibela, Axum, and Danakil Depression.

While all of us on the trip were excited, in hindsight, we were not nearly prepared for the excursions that lie ahead. Our itinerary was jam packed with activities and several inter-country flights. People mostly fly since the long-haul drives are best to be avoided on many roads, while the country is working quickly to adapt and grow their infrastructure. Still, we had only dreamed of such a trip and be escorted around by local guides.

More to come on this fascinating destinations and how I snapped those insane photos in front of a lava lake!